Warts and All, It’s Still Our Game: Week 1 Preview 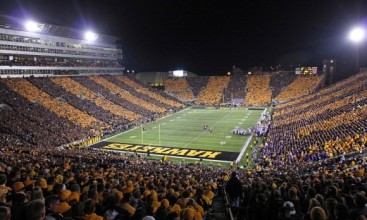 These days, it’s can be strange to be a college football fan. The NCAA is fighting what increasingly seems to be a losing battle against players as the old guard tries to keep control of the athletes’ name, image, and likeness. Many of the game’s biggest fans are also hoping for court rulings that could significantly change or destroy the sport as we know it. Even the NCAA’s biggest defenders are admitting the disparity between money poured into facilities and coaching staffs versus what the athletes themselves are receiving is a bit much.

Meanwhile, the sport of football itself sits at a crossroads. The impact of concussions is known now to be much more severe than once thought; football produces a lot of them. The emphasis on player safety has led to much-maligned rules that seem to run against the basic tenants of the game. Defenders know not to head-hunt, but the difference between shoulder-to-shoulder and shoulder-to-helmet is minimal, and split-second decisions accidentally go wrong all the time. So while fans worry about player safety, especially in the case of unpaid college players, we also scream during games that the refs need to keep their flags in their pocket

So much of being a college football fan means being in conflict with oneself. So why do we do it? So much of the sport is filled with things many fans either dislike or outright despise. Sometimes I wonder myself how I can continue to love something so much that’s filled with so many details I hate. 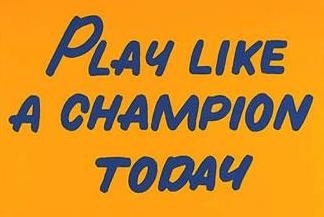 The answer lies at the heart of college football – community. All fans have personal experiences. Mine stem from the time spent in South Bend, Indiana. We would walk about a mile from my great aunt’s house to the Notre Dame campus on a game day. Every yard had a Notre Dame flag or a sign or something to show their support. People would be grilling, talking about family, the world, and, of course, Notre Dame football. We’d watch the band march through campus into the stadium. At long last, the world would pause for three hours, as everything revolved around the football game. 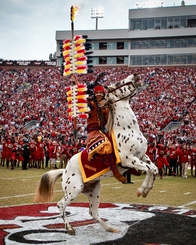 I’ve since been able to add to my experience. I’ve heard an entire stadium collectively hold it’s breath in five degree weather. I’ve watched grown men leave a stadium crying. I’ve been part of the celebrations that a big win causes and seen the despair a stunning loss can bring. This is uniform, no matter where you go. This is shared by those not just in the stadium, but in the city and even the state. Did you just move somewhere recently? The best way to make new friends is to learn about the local college team or teams. Even in pro towns, the conversation always swings when the old alma mater is successful. 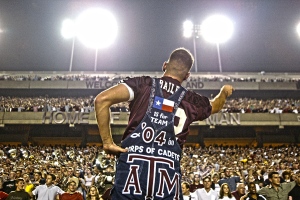 The best part about college football, though, is the diversity. Every nook and cranny in this country essentially has a connection to one team or another. No offense to world travelers, but I think I’d be happy just packing up in an RV and seeing this country through the eyes of college football. From east-to-west, north-to-south, you’ll never see people dissect such a similar experience in different ways. There aren’t many reasons you’d want to head out to Corvallis, OR, Waco, TX, or State College, PA – but each has their own slice of Americana, their own preserved local history and culture unique to their city, their state, their region of the country

You can start with food, as people are apt to do. From brats to gator, tacos to gumbo, and you can’t forget 1700+ types of barbecue (citation needed), you’ll never find a more diverse offering at a tailgate. College towns are also known for signature restaurants. It’s always worth looking those up when you make a trip into a town. 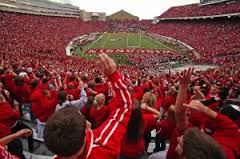 The tailgate itself offers diverse experiences. Your basic parking lot is exciting enough, with food, games, and some beers thrown in as well. In Washington, though, they tailgate in boats! The Grove at Ole Miss has everyone in their Sunday best on a Saturday. The scenery varies wildly – from the skyline of Minneapolis to the flat, vast horizon of Lincoln. Mountains and prairies. The basics are the same, but each place, each game offers a unique offering. Tailgating in September is different than drinking a beer at 8:30am in November – but both are memorable.

And of course, the student traditions – Jump Around, the Midnight Yell, Script Ohio, War Eagle, the Hawkeye Victory Polka, “Country Roads,” whatever crazy uniforms Oregon is wearing today, Sandstorm, and a freaking LIVE TIGER BEING BROUGHT ON A FIELD – all of these are associated with college football. Week-to-week. Day-to-day. The mere thought of these traditions bring joy to various people across the nation.

College football has never been more controversial. It’s also never been more popular. A shared experience across the nation, bringing people together even as debate threatens to tear them apart. If you had to explain to someone from another country what America was like through a sporting event, college football would be the perfect sport. For an entire season, you could explore every part of America in all its glory (and some shame too!) That, perhaps more than anything, is why we sit down on Saturdays in our living rooms or in chairs in parking lots (or boats for the lucky few) to watch these games. I’m excited! You should be too.

(Also, if you haven’t heard, there’s a playoff this year!)

Alright, to the games:

GAMES OF THE WEEK (all times CT):

This is the year for South Carolina. There are a few question marks out there – losing Connor Shaw, Ja’Daveon Clowney, your top wide receiver and your top three corners can’t help. But starting QB Dylan Thompson has experience and can connect for explosive plays. Meanwhile, the Aggies are likely setting up for next year. But if the offense gets going right away, they may set themselves up as contenders immediately. I don’t think it happens, but it’s you’ll want to tune in to this one to see how it plays out. South Carolina 37, Texas A&M 27

Wisconsin has the talent and coaching to get through the Big Ten unscathed this year, but considering what that schedule looks like, a loss in this game may cost them a playoff spot anyway. Both teams are replacing playmaking receivers, and an entirely rebuilt LSU offense will have to square off against a front seven in Wisconsin that also lost a ton of key players. If LSU can stop Wisconsin’s explosive running game, led by Heisman-candidate Melvin Gordon, they could take this in a cakewalk. But they may have struggles scoring of their own. LSU 23, Wisconsin 21

Florida State remains the best team in the nation. They have tremendous talent from top-to-bottom. Even where they lose playmakers from last year, like at receiver, they recruit at such a high level that their kids can plug-and-play. Add in the tremendous injury luck they had, and it’s no wonder they essentially named their score last year. Oklahoma State will be pretty good, but this is the beginning of a very tough schedule for them (ends with games at Baylor and at Oklahoma). Maybe the Pokes make this a game for a bit, but it’s worth watching either way. There were times last year Florida State put up “Tiger Woods at Pebble Beach” performances, and they were always great television. Florida State 45, Oklahoma State 10

The Rebels have been recruiting at a high level under Hugh Freeze for a couple years now, and they a loaded defense. It’s time to start wondering if they can take a step forward in the SEC West. Fans will only take spring championships for so long – at some point, Ole Miss needs to overcome the Alabamas and Auburns of the conference. It starts here; you can’t be complacent. The Boise State we once knew is probably gone. New coach Bryan Harsin has one shot to perhaps restore the program’s Cinderella luster. Ole Miss can’t afford to stumble here – it brings up too many questions about their game day direction long term, and Freeze as an Xs and Os guy. I don’t think they will, though. Ole Miss 27, Boise State 13

Poor Georgia. Bad injury luck, suspensions, balls bouncing off the hands of their own players into the outstreched arms of an opposing receiver. They have never been quite good enough to get to the national championship game. They’re also yet another SEC team with a new QB at the helm, and they have question marks in the secondary and along the offensive line. They still are a contender for the SEC East, but I’m not as high on them as others. For Clemson, they’re rebuilding the offense, but have plenty of skill plugging in there. The defense, traditionally the weaker unit, looks like it could be quite stout. Goodness knows I don’t want to fire up the “Richt on the hot seat” conversations that are always patently ridiculous, but Clemson has a lot of talent returning. Going Between the Hedges and sneaking out with a win would swing the hype level up on this team in a hurry. Clemson 30, Georgia 24

OTHER GAMES TO WATCH:

Well, I like TV and movies and I love sports. So expect a lot about that.
View all posts by aarongernes →
This entry was posted in Uncategorized. Bookmark the permalink.